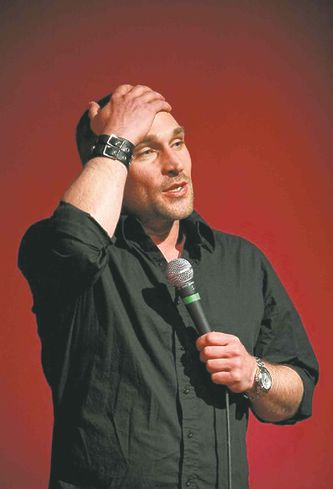 Derek Seguin is one of the rare comedians who can entertain his fans on a regular basis in between trips to their cities.

The Montreal-born funnyman is a regular on The Debaters, a twice-weekly show on CBC Radio that pits comedians against one other arguing usually ridiculous premises.

For example, some recent shows centred around whether comic books were just for kids and the merits of body hair.

Seguin, who is appearing all week at Rumor’s Comedy Club, says the show is a little bit like debate club in high school where you’re asked to argue a point that doesn’t really mean much to you. But make no mistake, the comedians on the show care whether the live audience deems they won their debate.

Read the full article by Geoff Kirbyson: In conversation with Derek Seguin, who thinks Festival du Voyageur is a bad idea